A Helpful Guide to Script Writing 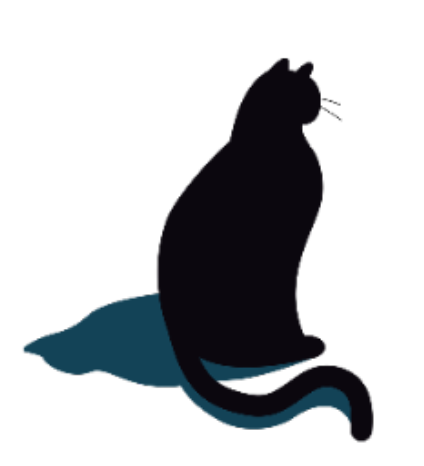 For the would-be movie scribe, screenwriting sounds a lot more fun than it really is. Now, don’t confuse my message, it can be an incredible experience, especially when you finally type the words “Fade to black.”

But for every beautiful, solitary moment of ecstatic bliss where you bask in the sheer brilliance of your writing genius, there are countless other hours filled with gnashing of teeth, doubt, and self-loathing.

It’s essential to remember that script writing isn’t a sprint. It’s more akin to running a marathon. And if you know anything about long-distance running, simply reaching the finish line takes a whole hell of a lot of training and perseverance—let alone crossing over in the lead position.

To help you mentally prepare for what lies ahead, today we’ll discuss some of the fundamental concepts for writing a movie script.

Read, Read, and Read Some More

If you’re completely new to the world of screenwriting, simply diving into page one is not the ideal solution. Screenwriting is no different from any other art form. Often, there’s a whole lot of learning, studying, and practice that takes place before you can ever even begin to dream about creating your own masterpiece.

So, for starters, begin reading scripts. A ton of them.

Read the great writers—especially those craftsmen whose movies you already love—to see how the words on the page translated to the screen, to better understand formatting, descriptions, dialogue, and pacing.

Don’t know where to start? Here are some of the better script writing examples:

By reading established writers and paying attention to the things they do or don’t do, you can begin to gain a general sense of what makes for a quality screenplay. But don’t just read them— dissect them, learn about their structure, scenes, dialogue, relationships, and so on.

Only through careful study can you begin to see how the writer takes typical screenwriting conventions and rules, and then flips them on their head.

Also, there are a couple of books that practically every established writer will recommend that dive into the actual how-tos of screenwriting. These include:

You may have some inkling about what your story will be. Perhaps you have a scene in your head, an ending shot in mind. Often, such a seed can then blossom into a fully-fleshed story.

Discovering the story and the characters is half the battle. Academy Award-winning screenwriter Michael Arndt—the scribe responsible for Little Miss Sunshine and Toy Story 3—famously said:

“The number one metaphor I have in my mind for writing a screenplay is that...you're trying to climb a mountain blindfolded. And the funny thing about that is, you think, 'Okay, that's hard because you're climbing up a rock face, and you don't know where you're going, and you don't know where the top is, you can't see what's below you...' But actually the hardest part about climbing a mountain blindfolded is just finding the mountain.”

So, what’s the heart of your story? What’s it about?

The answer to the question above is your logline—the brief summary that states the central conflict, the overarching plot, and the story’s emotional hook.

Although you can rework your logline once you reach the later drafts, it’s wise to at least have a rough idea of what the story will be.

Need help creating a logline? Ideally, it should contain the following elements:

Here are some examples of IMDB loglines to the screenplays discussed above:

If you ever send out your script as a blind submission with a query letter, the logline will be the first thing the recipient reads. In many cases, you must first submit a logline before you can even send the script.

So, if your logline isn’t polished and compelling—so much so that it distinguishes them from the thousands of other submissions—there’s little chance the story itself will ever see the light of day.

The First Ten Pages Are Everything

The first ten pages of a screenplay are the most important parts of your script. They serve a dual-part role:

Ideally, the initial pages of the story show us the main character’s normal life, struggles, and aspirations. It sets up the status quo which will soon be disrupted by the catalyst—or the event that will set the story in motion.

Think Frodo before he’s given the One Ring, Luke before he meets Obi-Wan, or Simba before the fall of Mufasa.

Your goal should be to immediately establish the conflict, showcasing characteristics of the protagonist and outlining their aspirations. But you have to be careful about being too on the nose with this. Emmy-award winning screenwriter Erik Bork suggests that:

The best way to hide such exposition is within high conflict, emotion and spectacle—so the goal is to find compelling situations for those first few pages that place the reader squarely within the main character's perspective as they deal with problems and challenges that are part of their normal life—and to let the information come out around the edges of them grappling with whatever that is.

Write What You Know–But Don’t

For far too long, the first piece of advice writing students are given is “Write what you know.” While there’s truth to the sentiment, it should only serve as a springboard.

Your life and the events therein impact the way you think, what you do, and what matters to you. Naturally, some of the most authentic writing will come by pulling out elements of your own story. But it should only inform—not dictate—how the story goes, where it goes, and who’s involved.

Not to mention, writing what you know limits you.

It places boundaries on where the story can go, or who you write about. The joy of writing is that you can create whatever world or inhabit any character you so choose. The potential avenues are endless. And fiction is fundamentally a form of escapism.

Bret Anthony Johnston, suggests that instead of thinking of your experiences as structures to erect a work of fiction around, use them as scaffolding that will be removed once the script is finished. Take small kernels from your life to conjure a place and the people within, and use those seeds as kindling for your imagination.

Starting a story is easy. Literally, anyone could churn out the first act of a screenplay. But finishing… now, that’s the hard part—it’s the line that separates would-be screenwriters from actual screenwriters.

It’s not difficult to make promises, but it is to keep them. As a screenwriter, you implicitly promise the reader that all of the setups will have payoffs, that there will be a resolution by the end.

As a result, many writers reach the “oh no” stage where they realize that they can’t satisfy their initial promise. There are too many threads to tie up. Nothing makes sense. They don’t know how to move from one point to another. Or they realize a faulty thread in the story; but if that thread is changed, there will be a ripple effect that causes the entire story to collapse on itself. 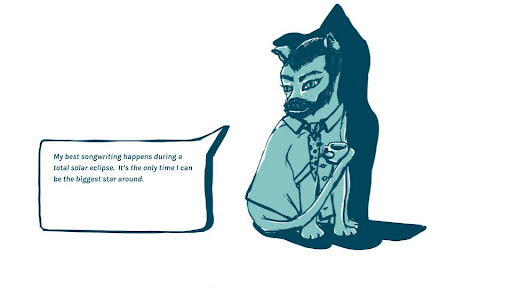 When this doubt sets in, beginners often stop writing. Or they return to square one and say this time will be different.

Don’t do that. Get it all out. Finish it—plot holes or problems be damned.

Write a shitty script and accept the fact that your first draft will almost invariably be shitty. But at least it will be a completed script.

Once you’ve gotten everything out—after it's completely finished—then and only then can you objectively read and consider its merits as a whole.

That analysis will give you the opportunity to see what works and what doesn’t. Armed with that knowledge, you can start on the second draft.

And that’s when the fun part begins. That’s where the magic sets in and the form beneath the marble begins to reveal itself. Now, it may require heavy tweaks or an entire page-one rewrite.

Regardless, your second draft will be superior to the first because of the knowledge you’ve gained about your characters, their story, and the mistakes you made along the way.

What Are You Waiting For? Get to It

While reading, thinking, practicing, and preparing are all important parts of honing your craft, the most important thing you can do is just write. Put pen to page or fingers to keyboard and let it go.

Start a story and finish it. Move from wanting to write to actually being a writer.

So, as your second draft becomes a third, third a fourth, and so on, if you discover that you have created something truly special, something worth being seen, send it our way. The team at Copycat is always looking to support and nurture talented writers.

We’re ready for you to take us on a journey.

Script Magazine. The First Ten Pages of a Screenplay. https://scriptmag.com/features/the-first-ten-pages-of-a-screenplay